This project has now finished and the video is being made. Please note that this video will be released after our audio release of 'Notes For Our World' by Gareth Malone in order to align with Gareth's schedule. We will be in contact with all participants in good time before the video release so that everyone can join us, and the video will remain on YouTube after the premiere.
Stay Tuned!

Ever pictured yourself onstage at one of the world’s most famous concert halls?

Make that dream a (virtual) reality!

After the success of our Global Ode to Joy - Live in Vienna project with Marin Alsop and the Wiener Singakademie, we're delighted to announce our second project with hybrid rehearsals.

In this 3 week project, you'll get the unique experience of joining the CHORALSPACE Festival Chorus in their rehearsals with Simon Carrington, as they prepare for the Choral Celebrations concert series at the Berlin Philharmonie.

And in our special final video, you'll see yourself virtually performing in one of the most distinguished and prestigious venues in the world - the Grand Hall at the Berlin Philharmonie - filling this golden hall with glorious choral sound!

This project is NOW LIVE! Get involved! 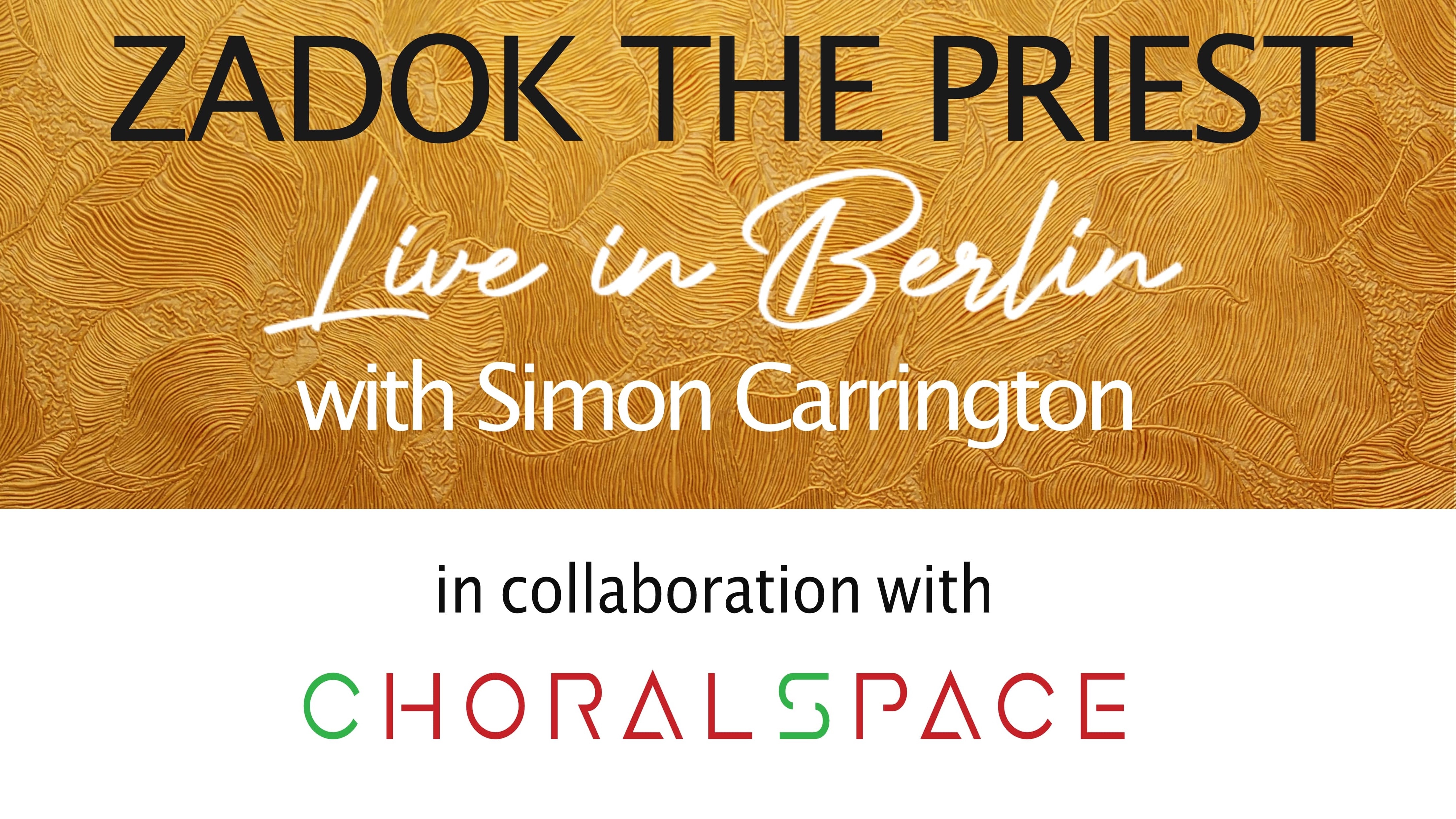 Please note: all sessions may be subject to change dependant on artist availability (though we very rarely need to!). Any changes will be communicated to members via email.

Week 3 (clocks change in the USA)

Through the generosity of our artists, partners, and Stay At Home Choir members, we offer sponsored places on each project. This means we're able to support singers who otherwise wouldn't be able to take part. If you need a sponsored place to take part in this project, please click the button below to join our waitlist.
Join the Waitlist